THE MEMBERS OF THE DHUKURRDJI CLAN WELCOME YOU TO MANINGRIDA, EAST ARNHEM LAND

The Dhukurrdji Lodge offers air-conditioned accommodation in Maningrida and is 150 metres from the Maningrida airport.

The township of Maningrida is located on the Liverpool River in East Arnhem Land in the Northern Territory.

It is situated 520kms east of Darwin by road via the Arnhem Highway and is 300kms north-east of Jabiru.

The town of Maningrida supports and services an average population of 2,500 people, which includes those who live on the thirty or so homeland centres or outstations around Maningrida.

Maningrida was established as a trading post and rations depot in 1947. At that time Aboriginal people were trading in Crocodile & Buffalo skins.

People from a variety of language groups around the district congregated at Maningrida to experience the trading post. The town continued to expand, although from the early seventies many people moved back to their traditional homelands, away from the concentrated population at Maningrida. 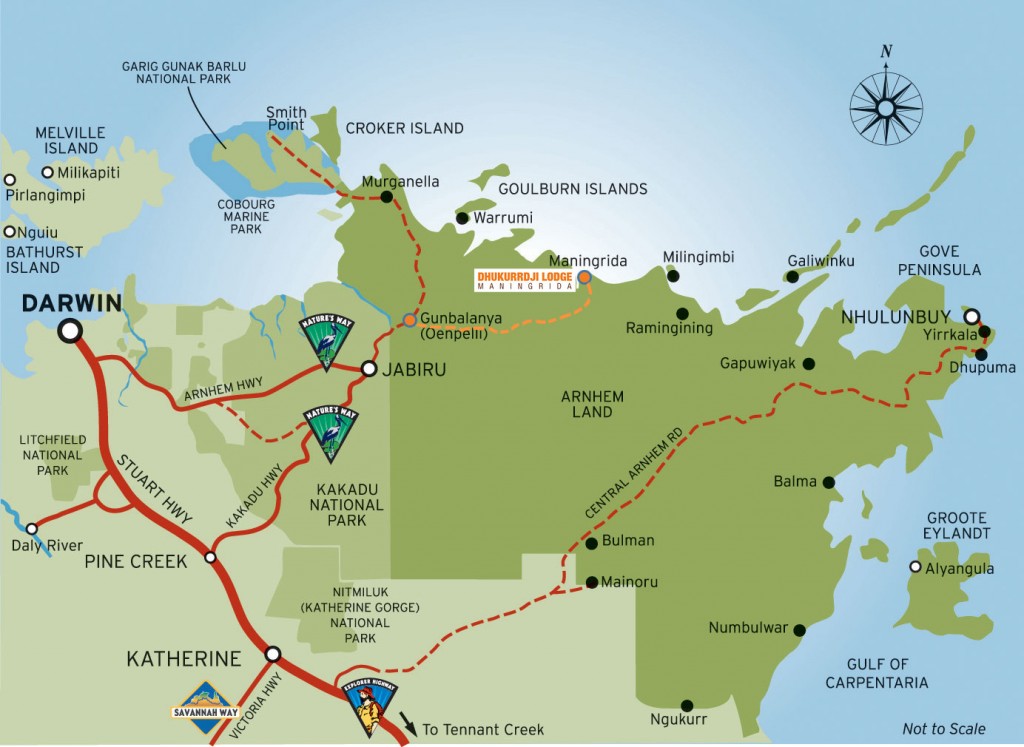